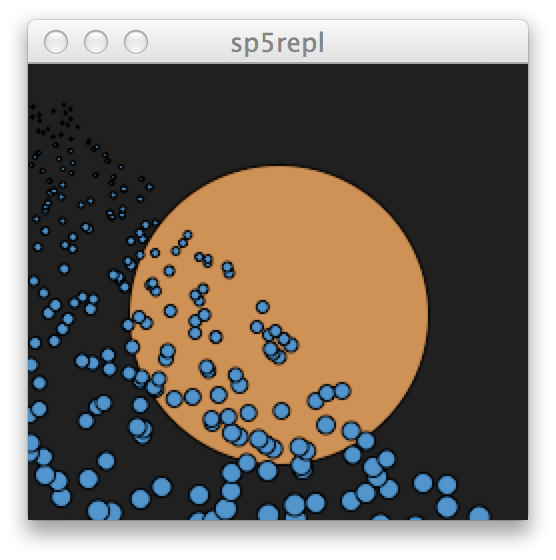 I really like Python for CS-1. Python's interactive read-eval-print loop (REPL) is helpful for students building an intuition for programming. More generally, the REPL is useful for quick calculations, debugging, prototyping, and testing. Python's easy-to-use lists, dictionaries, and libraries make many tasks simple enough for CS-1, e.g., slurping in files and doing text analysis. Python's dynamic typing and syntax make programs succinct and there is no boilerplate I-promise-you-will-understand-this-later code.

On the other hand, Python can be quite slow. Yeah, yeah, I know, this shouldn't matter pedagogically. But students want to write real programs, programs that do real things like interact with webcams and their photo albums. Python makes things like live image processing problematic. Image processing tasks like convolution are no problem in Processing because it compiles to Java. And along with smart default values for things, a large collection of libraries, and the great community around Processing, it is a nice choice for introducing computing. Students have written really interesting programs in one semester. Sadly, it is still Java -- which in my experience teaching introductory students, has lots of baggage compared with Python. Java's obtuse syntax, explicit type system, lack of operator overloading, and OO-only approach confuse introductory students. And obviously, no REPL. Although I guess you could use Dr. Java or BlueJ with Processing, but you're still dealing with full-blown Java.

Personally, so far anyway, I have found sp5repl to be a good compromise between Processing and Python and maybe a good statically typed replacement for Python. It still has a little extra punctuation and boiler-plate, but the curly brace delimited blocks aren't as common since everything is an expression and the type inference removes lots of redundancy. Of course, the higher-order functions and for comprehensions make programs pretty, but at the risk of sacrificing introductory-level readability. And, the static typing catches lots of bugs.

One task we do late in my introductory class that uses Python is compute word frequencies. The following examples count the number of occurrences of each word in Moby Dick. This is pretty easy with Python's dictionaries:

This task, and interacting with text more generally, is a real pain in Java. Processing's loadStrings() makes things a little better, but it is still cumbersome when compared with Python. Here's the word count example in python-esque Scala:

And a more Scala-esque version along with a Processing visualization: 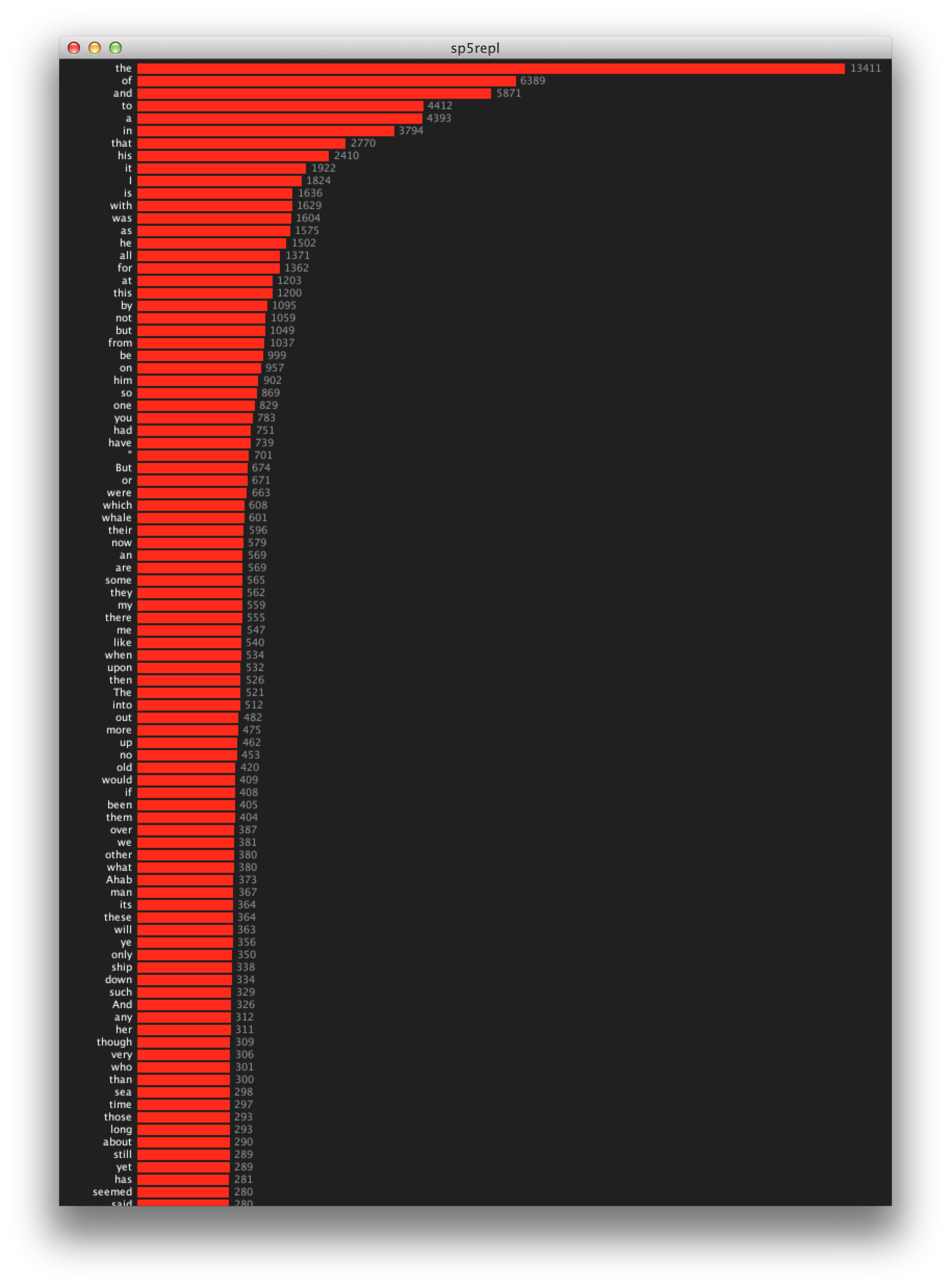 It is easy to use sp5repl with the IPRE robots using Doug Harms' Java library:

and if you want to mix IPRE with Processing this little implicit conversion gem is useful: